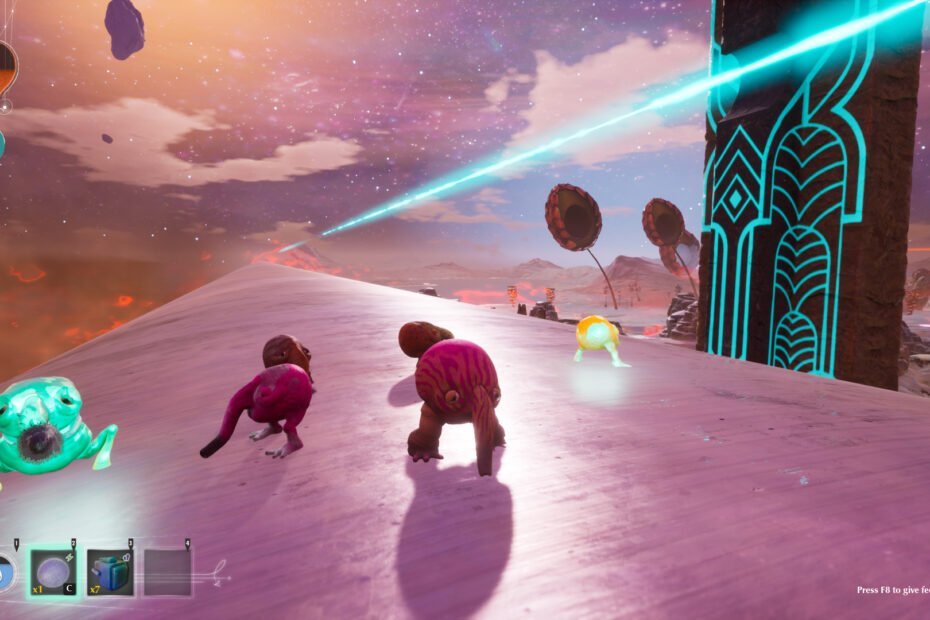 ●Visual representation of the family and available slots has been added to the Trebhum adding/naming overlay.

●The player will be notified that more leadership is required when approaching an exhausted or trapped Trebhum when the Family is full.

●Tutorial and help screens have been added to clarify that Trebhums will always follow the players Trebhum.

●Subtitle font size has been increased.

○Inverted Y-axis can be toggled on/off

○Look sensitivity slider has been added

○Motion blur can be toggled on/off

Upgrade pillars in the Upgrade Shrines have been moved to make the crystal dust behind them more accessible.

●Several crashes have been fixed
●Keybindings will be automatically adjusted to accommodate international keyboard layouts, such as the AZERTY layout.
●The player is unable to spend resources on exhausted or trapped Trebhum when the Family is full.
●It is no longer possible to save outside of the red barrier
●Trebhum should no longer spawn behind barriers they are not supposed to be able tor each yet. (please note that that current fix greatly reduces the chance of this happening, but does not guarantee that it won’t happen)

●Players can no longer take damage during cinematics.

●Falling through the ground has been reduced, but not completely resolved.

●Several areas where players have been getting stuck have been addressed